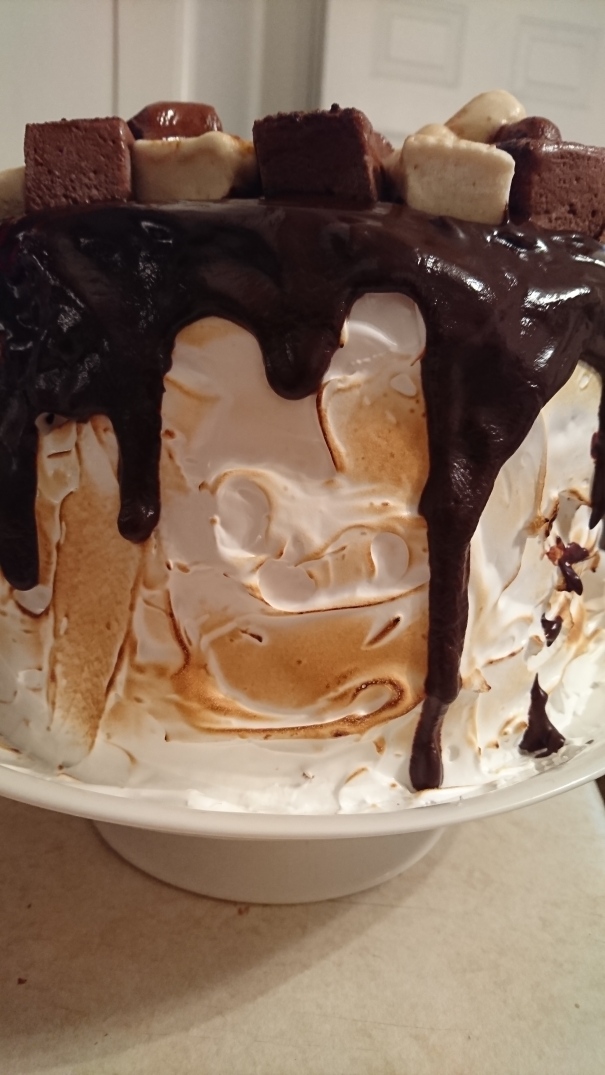 Well, April has flown by. It’s crazy how fast the month passed. It probably helped a bit that in the middle of the month, I had a week off of school for Easter holidays. The week off was fantastic, mainly because Paul and I spent it in Jamaica! It was our six-month-delayed honeymoon.
Ahh, it was fantastic. Sun, sand, and all the jerk chicken we could eat! Paul even brought jerk spices home so he could try to replicate the Jamaican Jerk flavour. It’s smoky and spicy and absolutely delicious. Either way, the day after we got back was Paul’s birthday! We didn’t do too much the day of, just went to brunch with a friend, but I didn’t get a chance to make Paul a birthday cake last week.

THIS week, however, I had some time, and when I asked Paul earlier in the week what he wanted as a birthday cake (I had been asking him regularly for the last month and a half) he said “I’ve had lots of time to think about it, and I’ve decided I want a Peanut Butter Smore’s Cake.” The matter was settled. 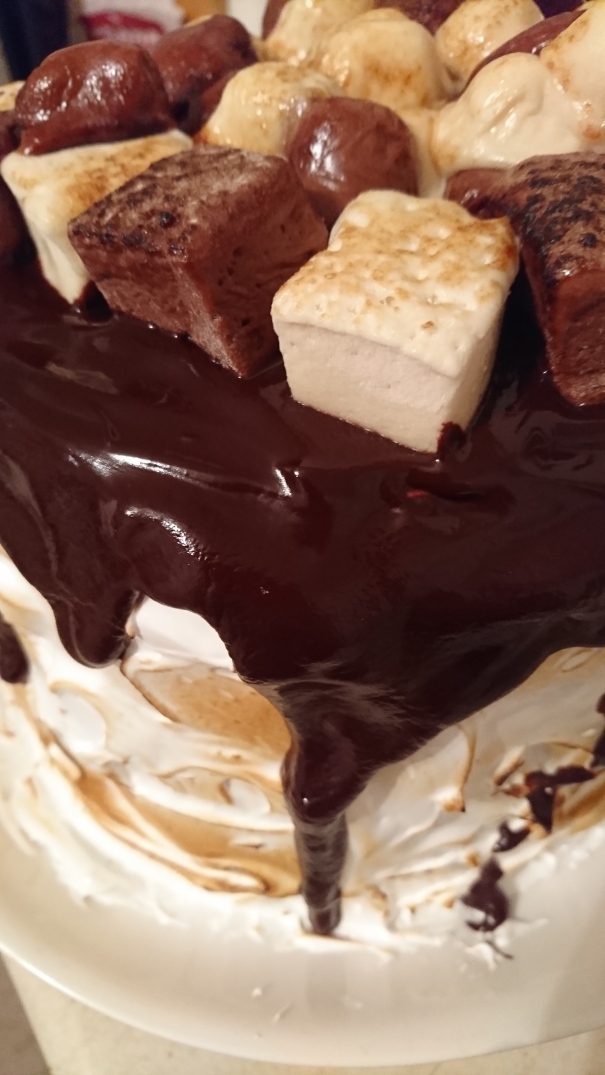 I decided to go straight to Pinterest, because I had quite a few pins on my various dessert boards, and settled on this recipe for a Smore’s cake. I did make a few changes of my own, and it turned out FANTASTICALLY. I added peanut butter into the cake batter, which made it a little thicker, but still worked. I also made homemade peanut butter and chocolate marshmallows to use as garnish (those recipes are coming, I promise!). Paul was so excited about the concept I came up with he refused to even try the marshmallows, which were finished first. He said he didn’t want to ruin the whole cake experience.

Okay, I won’t torment you any more. To cake! 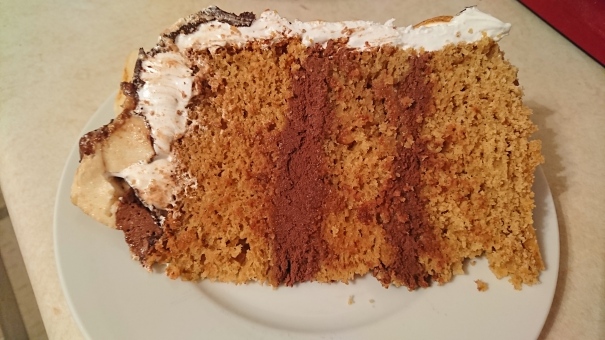 For the ganache filling:

For the marshmallow fluff frosting:

For the ganache drizzle:

To make the cake, preheat the oven to 350° F. Line cake pans with parchment paper or Miracle Cake Release.

In the bowl of a mixer fitted with a paddle attachment, beat the butter and peanut butter until combined and fluffy. Add the sugars and beat again. Add in the eggs, one at a time, and vanilla, beating after each addition.

Add the flour mixture and the buttermilk in small increments to the wet ingredients, beating after each addition. Begin and end with flour additions. Beat to combine, but do not overmix. Separate the batter evenly between the prepared pans, and bake in the preheated oven for 40 minutes, or until a toothpick inserted in the center of the cake comes out clean.

Remove from oven and let the cake cool in the pan for 10 minutes before removing from pan and cooling completely.

To make the whipped ganache filling, chop chocolate and place into a heat-proof bowl. Heat the cream, on the stovetop or in the microwave, until hot, but not boiling or scalded. Pour the cream over the chocolate, let stand for 2-3 minutes, then whisk together into a smooth consistency.

Place the ganache in the refrigerator until cooled and thickened, but still soft. Transfer to a mixer bowl fitted with a whisk attachment, and whip until the ganache gets fluffy and lightens in colour, about 2 minutes.

To make the marshmallow fluff, combine the water, sugar, and corn syrup in a saucepan with a candy thermometer attached. Whisk to combine, and heat over medium-high heat. Do not stir the mixture any more.

In a completely grease-free mixer bowl with the whisk attachment, place the egg whites and cream of tartar. When the sugar syrup reaches 225° F, start whipping the egg whites to soft peaks.

When the sugar syrup reaches 240° F, take it off the heat and slowly start adding it to the egg whites in a thin, steady stream. Once all of the syrup is added to the egg whites, turn the mixer to medium-high and continue whipping.

Continue to whip for 7-8 minutes, or until the mixture looks stiff and glossy. Add the vanilla and whip until the fluff has cooled.

To assemble the cake, trim all uneven edges or tops to flat layers.

Once the whipped chocolate ganache is firm, spread the marshmallow fluff over the top and sides of the cake. It is okay if it looks messy, because it will be topped with more chocolate and torched.

After the marshmallow fluff is on the cake, torch the fluff with a brulee torch so it looks toasted.