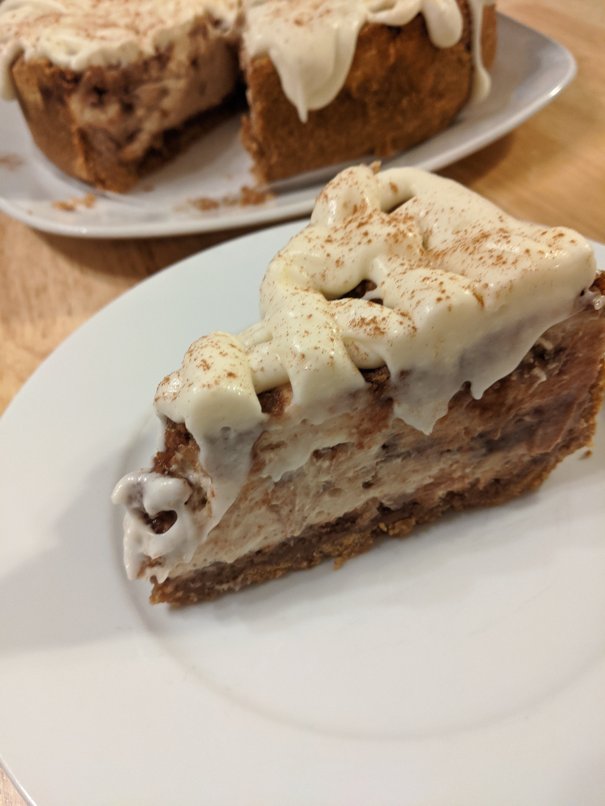 I love cheesecake! I don’t make it often, because Paul hates the texture of cheesecake, but I saw this recipe and had to try it. Paul even said it smelled good enough to eat, and that was quite a thing to say. 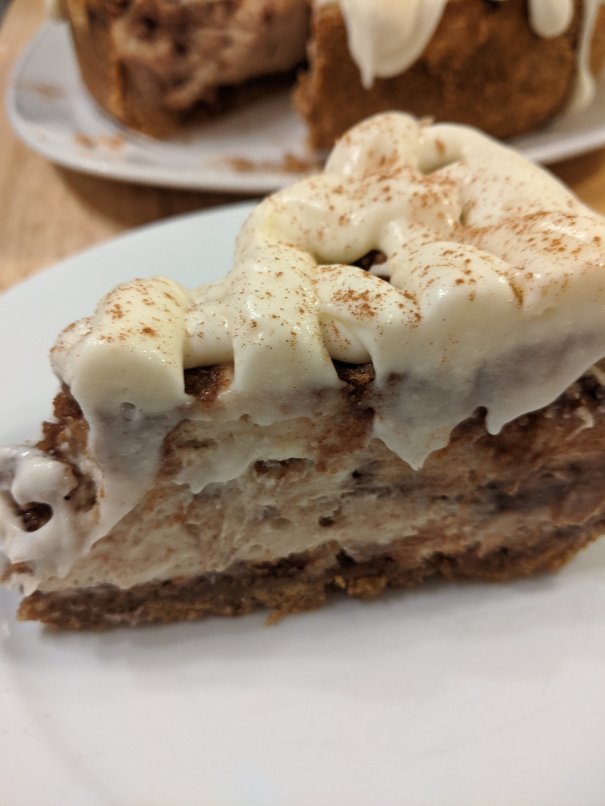 I might just make this for my annual Christmas baking. The original recipe was from here, and is definitely a recipe you want to try if you like cheesecake, cinnamon rolls, or both!

For the cheesecake batter:

For the cinnamon filling:

For the cream cheese icing:

Preheat oven to 325°F. In a medium bowl, combine all crust ingredients. Press into the bottom of a 9-inch springform pan.

Bake for 10 minutes. Remove and let cool. Turn oven down to 300°F. Transfer a baking pan full of warm water to the lower rack of the oven.

To make the batter, in the bowl of a mixer, combine the cream cheese, sugar, and flour. Scrape down the side of the bowl. Add eggs, one at a time, beating after each addition. Add the sour cream, vanilla, and cinnamon. Beat until well combined. Set aside.

In a medium bowl, combine the filling ingredients. Whisk together the brown sugar, cinnamon, and flour. Stir in the melted butter, and combine well.

Once at room temperature, transfer cheesecake to refrigerator and chill until cold.

To make the icing, in a medium bowl combine cream cheese and butter until smooth. Add vanilla and icing sugar, and mix again until smooth. Add milk to a smooth consistency. Pipe icing over cooled cheesecake, and refrigerate until ready to serve.